Finch is a category of bird that makes up hundreds of species. Their most common shared trait is that they are small, between 2 and 4 inches long. Finches are also one in the Passerine family. The Passerine encompass more than half the bird's species and are joined together by some common characteristics such as the structure of their feet that allow them to perch, their songs, and its variance in vertebrate order from other bird kinds. Many more classifications of the bird can be discussed. The most popular Finch species are the Zebra, Society, Gouldian, Singing Finch, and Cordon Bleus. 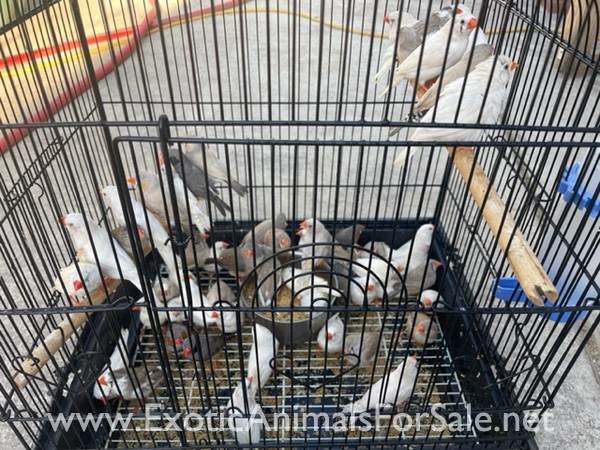 Zebras finches , young males females, mature ready to breed. diff. mutations(colors),white --pieds--fawn--black cheek price $10 each. call or text me at 9o9247573seven I do ship thank you 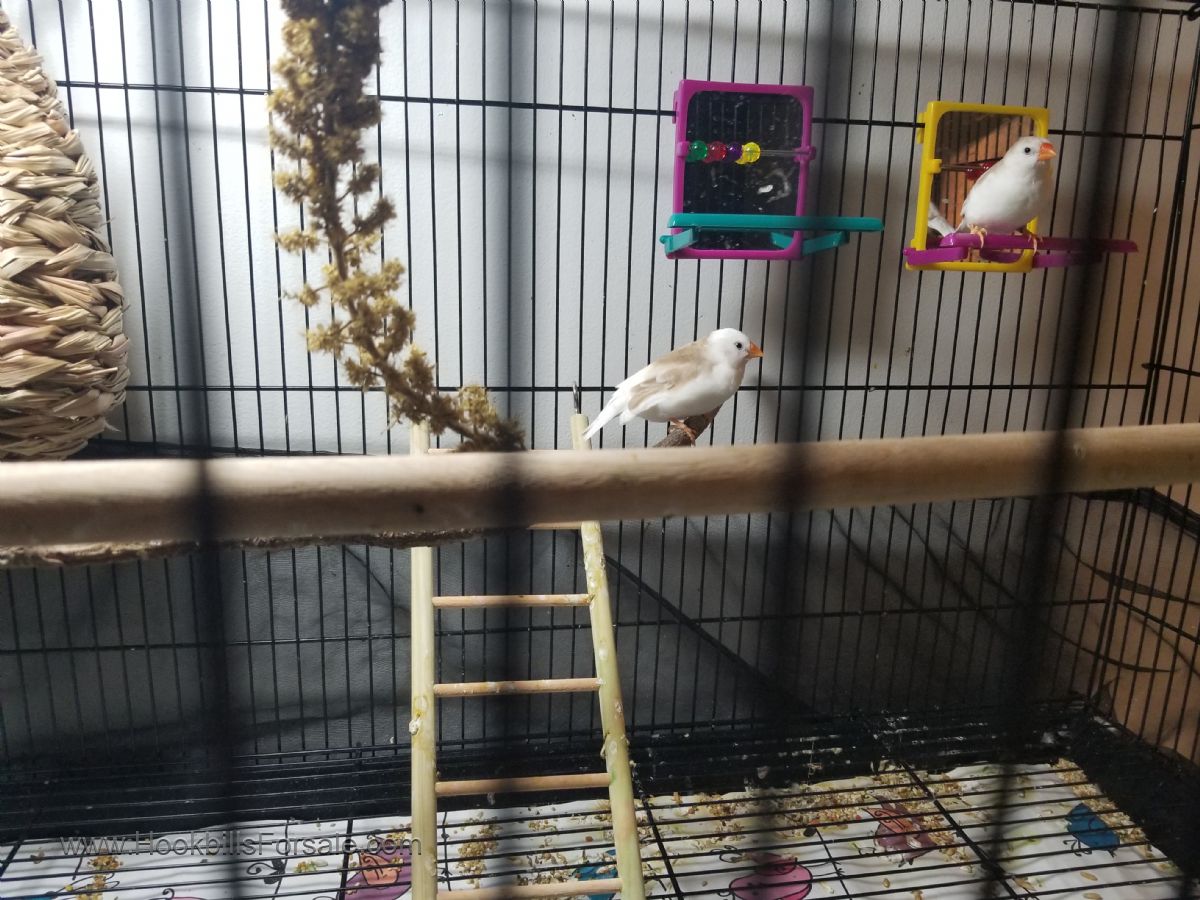 2 finches with cage and all accessories, food and toys. Elderly mother cannot care for any longer.$100.oo Local pickup only. Thanks.

House Finches are common to North America and Hawaii. They were recently introduced to the population and have been taken receptively compared to other species that were brought in other times, namely the European Starling and the House Sparrow. Homeowners enjoy watching the bird because of its pleasant demeanor, twittering song in almost every neighborhood. Find a bird feeder, you will find Finch feeding happily. Its males are easy to classify because they have redheads and breasts. Females are grayish-brown.

They are equally charming as pets. Although they will never be a cuddly type, they can be trained to perch on the finger and their singing is a delight just as they are in nature. Some say they make good pets for those who want a “talented” bird, but not the commitment required of a parrot. Their cages, also known as aviaries, should be at least 4 feet wide and of horizontal design so your Finch can easily fly back and forth. Their flight can be described as bouncy, a common trait among all Finches. When feeders aren't provided, they find seed on the ground and in trees where they often perch and shell the seeds in rapid movements of their beak.

What do finches eat?

Their native habitats are much like Western America; deserts, grasslands, and open woods. Many Finches are native to Australasia, a region encompassing Australia, New Zealand, the island of New Guinea, and other nearby islands in the Pacific. They prefer to be with their own kind, which can be reflected in their hands-off behaviors with humans when keeping them as pets. Offering them cage mates is a great idea. They spend a large amount of their day communicating with each other in song, in nature and in captivity. If provided a wicker basket “nest” with some material inside, prepare for offspring between cage mates. Depending on the species and time of year, same-sex cage mates can prevent having offspring. This might be a good place to begin deciding which Finch species you might want to care for because this is where they might deviate from your vision. Mixing species is another point that needs further research before attempting. Finches in captivity are susceptible to different types of mites and should be brought to a vet upon first sight of mite. Overgrown nails and beaks can be addressed by an experienced bird groomer. Ask your vet for a recommendation if you don't currently have one. Pellets make up the bird's diet, supplemented with fresh greens, vegetables, some seed, grubs, and egg food.

No comments on this page yet. Be the first!